Accessible and
affordable health for all. 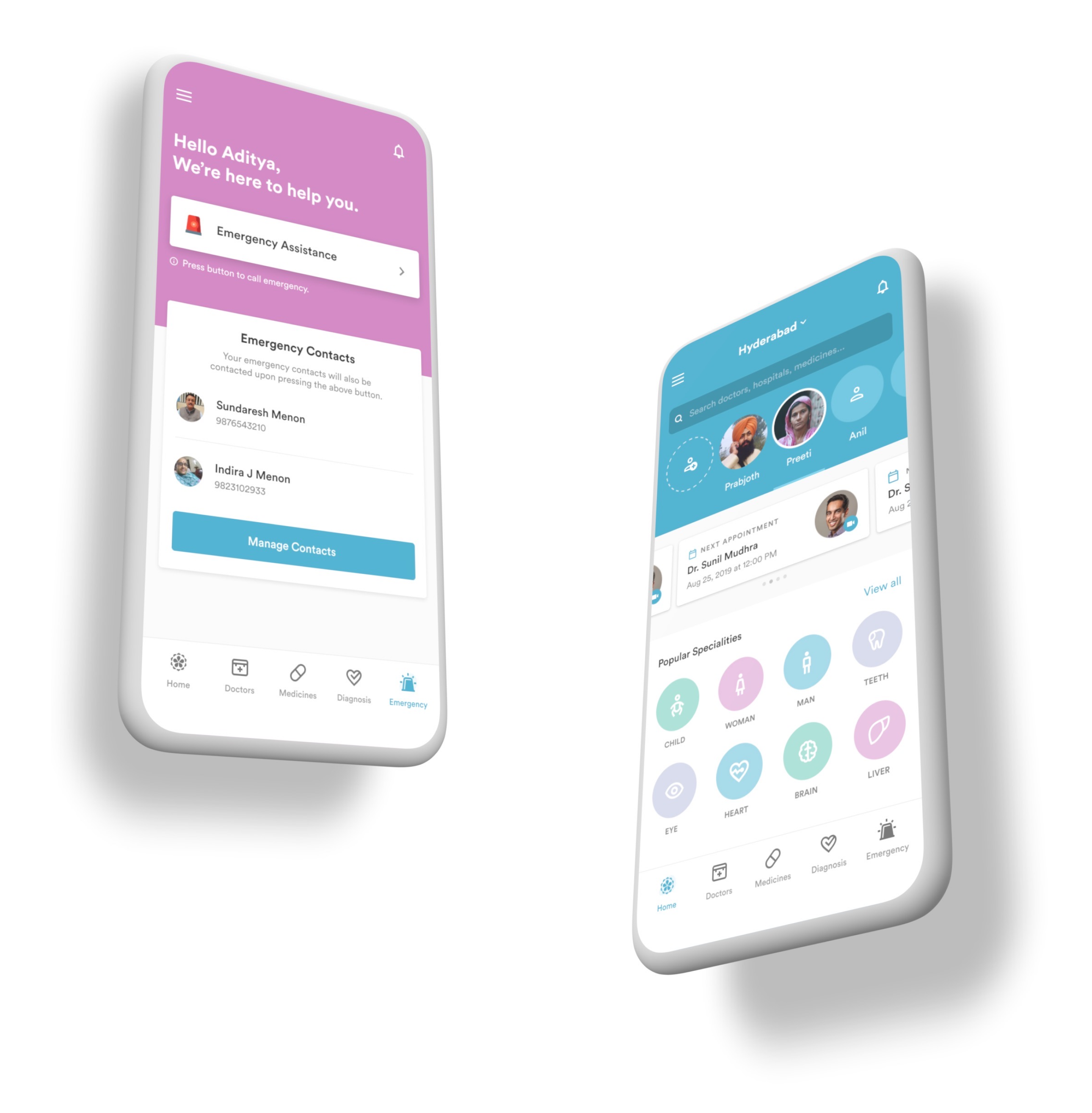 With 70% of India’s population living in rural areas only 3% of the doctor population reside there. Most of them receive little to no proper health care services and are forced to visit tire 1 cities for better health care. But with telemedicine people now have access to doctors and their services at the comfort of there homes with minimal cost and effort.

of the doctor population live in rural areas.

Users who are Price sensitive
and Value for money

Designing for rural and tier 2 users meant I had to get a better understanding of what apps our users were frequently using and the way these apps have solved friction (when signing up), fall offs (after signing up), etc., Beyond design, language is a barrier in India. rural people hardly know a second or a third language, so the design also needed to be text & UI optimized for different markets.

Defining the user journey and
structure of the app

Having clarity in users day to day activities and how they interact with different apps gave us a mental model snapshots of our user base and there needs. As most of the users are not trained or educated to use complex applications, we have to come up with various visual and UX solutions that are based out of user's feedback.

Interact with the designs using "Marvel Prototype" and Figma (zoom in and go over the designs screen by screen.

Projects you might
want to take a look at